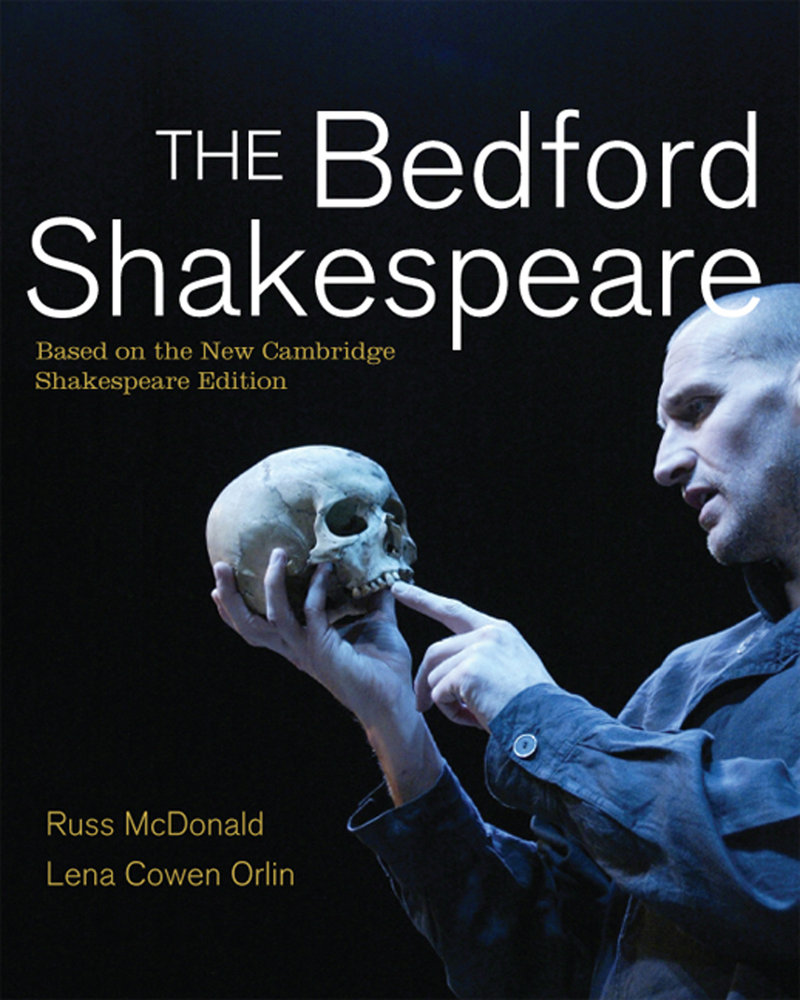 It is with great sadness that we learned of Russ McDonald’s passing earlier this month. We at Bedford/St. Martin’s want to take the time to acknowledge his great contribution to our Shakespeare series as well as the broader literary community.

An esteemed professor at Goldsmiths in London, Russ will be remembered for his light-hearted humor and infectious energy that was particularly palpable when he talking about his research. He was a specialist in the poetics of Shakespeare’s language and he served as President of the Shakespeare Association of America from 2010 to 2011.

We at Bedford were delighted that Russ found the time to work on two books with us. The Bedford Companion to Shakespeare, which came out in a second edition in 2001, was a project conceived form his dedication to pedagogical support and teaching methods in the Shakespeare classroom. It stood out from other Shakespeare guides because of its collection of supporting documents to facilitate greater understanding of the works.

In 2015, McDonald and Lena Cowen Orlin edited The Bedford Shakespeare, an extensive guide to the Bard’s plays with a vast array of contemporary source material alongside images from modern productions to emphasize the longevity and accessibility of Shakespeare. As he wrote in the Companion, his goal was “to put the Shakespearean text into cultural perspective without causing it to disappear.” The source material surrounding each play in The Bedford Shakespeare was focused around a powerful, relevant theme, which demonstrates the depth of research McDonald and Orlin put into the text. And this fall, he hosted a webinar on the Community site, “Teaching Shakespeare’s Language.”

Russ McDonald strived to ensure Shakespeare’s works remained accessible to today’s students. His books were a key part of the Bedford literature list and his research was essential to the study of Shakespeare world-wide. He will be sorely missed within our community.